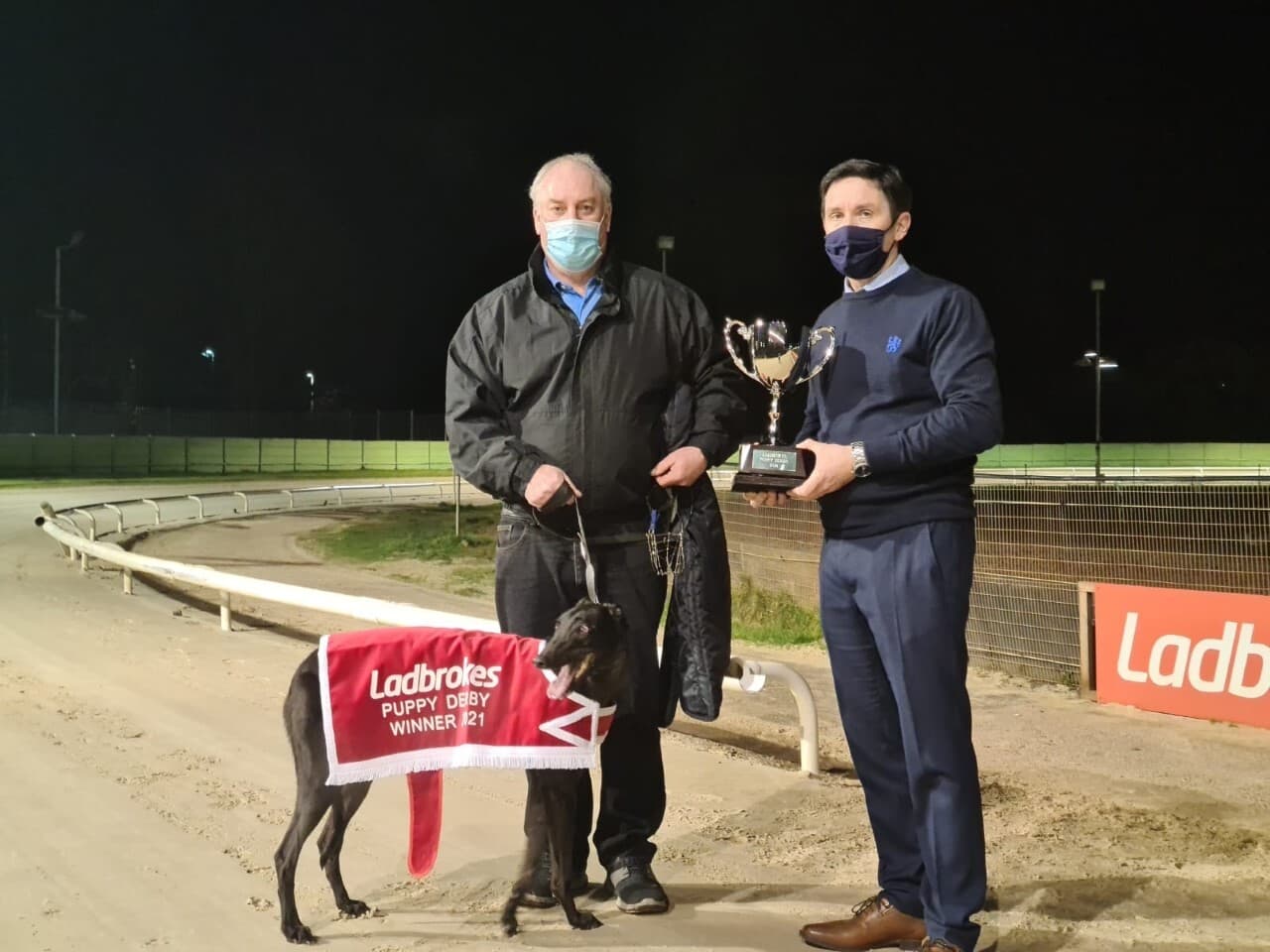 Lined up as the only bitch in this £12,500 Final and became the first of her sex to win the Ladbrokes/Midland Puppy Derby since Dairyland Sue in 2004. This former Hove-based racer, now based in Scotland with trainer Graham Rankin, set the standard in the heats with a fastest-of-the-round 28.06sec (calc) effort on the back on an even faster trial stakes effort. raced from the black jacket for the first time in her 16-race career and led from start to finish with her pace seeing her move away in the home straight. 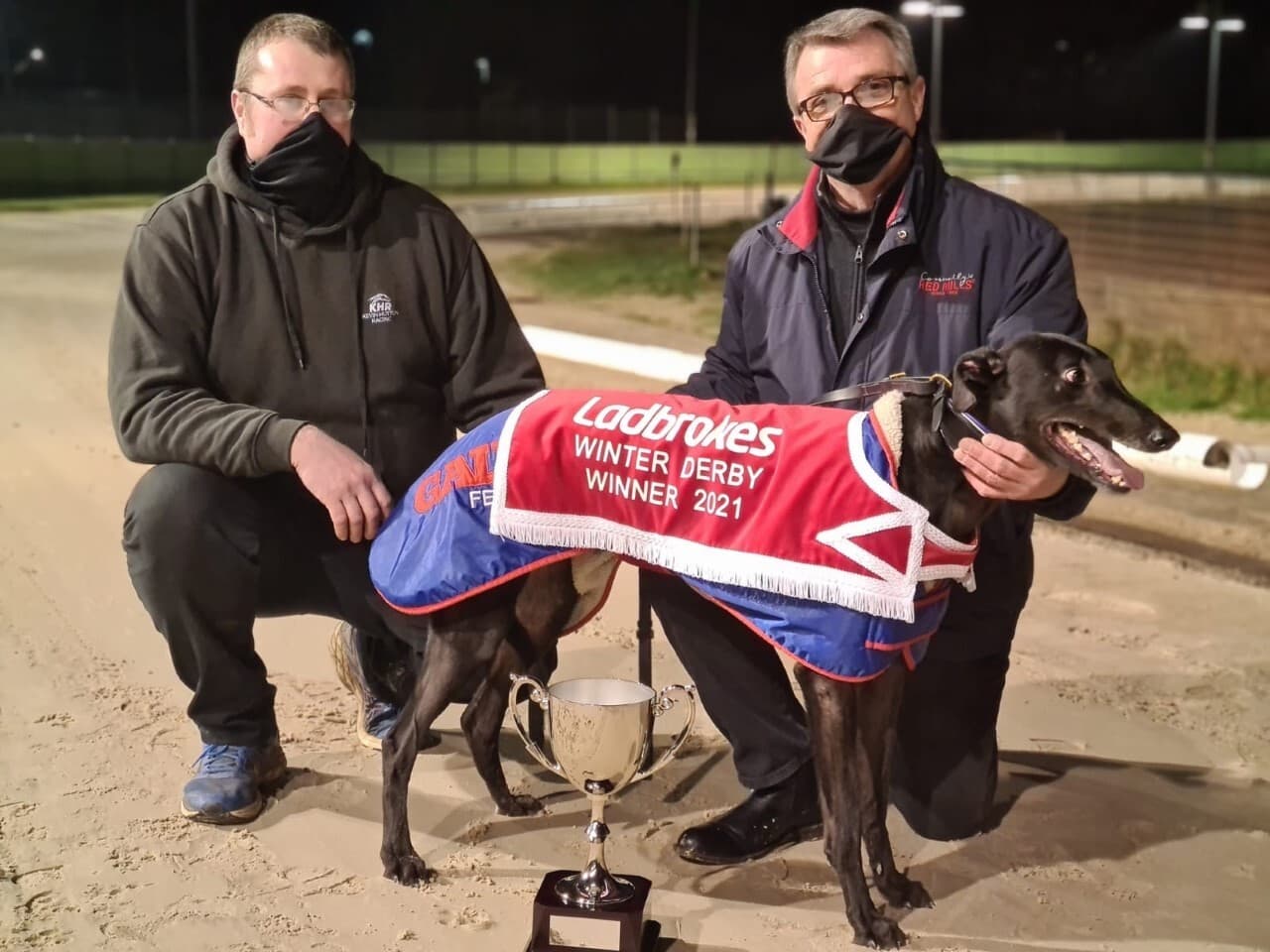 Another well-bred finalist, this son of an Irish Oaks champion represented Monmore with the Kevin Hutton trained Greyhound Whelped, reared and schooled by Paddy Kehoe, Signet Ace has now won six of 13 races with wins here, Newcastle and Towcester, where he reached the Blue Riband semis. There is Monmore history with this particular line given dam Forest Natalee is not just a sister of Derby winners Dorotas Wildcat (English) and Dorotas Woo Hoo (Scottish) but another brother, Forest Con, won the 2017 Ladbrokes Puppy Derby here. 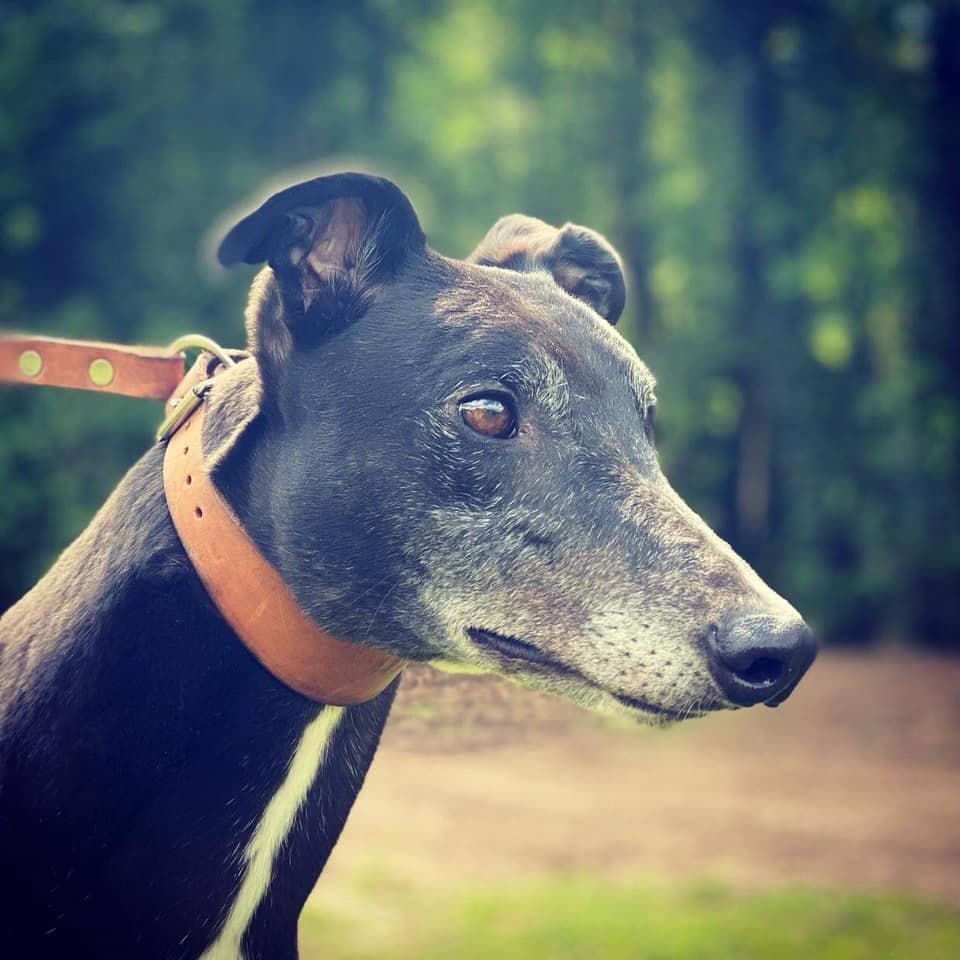 Owned by: Martin Lloyd & Will Adamson

COLD MOUNTAIN trained at Monmore by Paul Sallis, is the ARC Graded Greyhound of the Year for 2020.

Owned by William Adamson and Martin Lloyd, the January 2017 son of Superior Product and Knockmant Tily impressed the GBGB judging panel for maintaining a high level of performance throughout the year.

A winner of 12 of 29 starts in 2020, Cold Mountain proved a regular A1 winner which the panel considered to be a superb return at a track considered to have one of the strongest kennel strengths in the country.

Monmore racing manager Tony Williamson said: “It’s great news and absolutely well done to Cold Mountain - a tremendous recognition for a brilliant greyhound that has been a delight to watch throughout 2020.

“His record among the very best here at Monmore in A1 was top-class, winning nine races in the grade including a three-in-a-row in October. He also won three A2s. He had a brilliant year and has been a credit to connections.

“Indeed, congratulations go to Paul Sallis and Esther Driver and the team for their hard work and success with Cold Mountain. But I’d also like to give a special mention to the owners Martin Lloyd and William Adamson, who are massive supporters of Monmore.

“They deserve the recognition this award brings - and we’re looking forward to seeing them back here at Monmore soon. It’s been a hugely difficult last 12 months for everyone, but awards like this raise the mood - especially for those closest to Cold Mountain.”

A delighted trainer Paul Sallis said: “Mountain’s a fantastic dog and his record speaks for itself - he was just consistent last year, one of the most consistent I’ve trained. He won 12 times in the year, but was also second five times and third another five times.

“He always gives his all in every race contested and is a pleasure to train. He’s been - and still is - a great servant to the kennel and to his owners, who are brilliant owners to have.

“Martin (Lloyd) actually sponsors the Joyce Lloyd Memorial Trophy at Monmore, which is an open race plus a graded sweepstake staged annually in honour of his late wife.

“William (Adamson) is our kennel representative as such and works hard put in syndicates together to buy dogs for the kennel. Both Martin and William have owned some great dogs over the years, but Cold Mountain was a complete star for them in 2020.”

Paul’s partner Esther Driver added: “Mountain’s a real character at home, very lively and loves to jump up intending to kiss you - which usually turns out to be a head butt! He’s a lovely dog, but very strong - so hold on tight.” 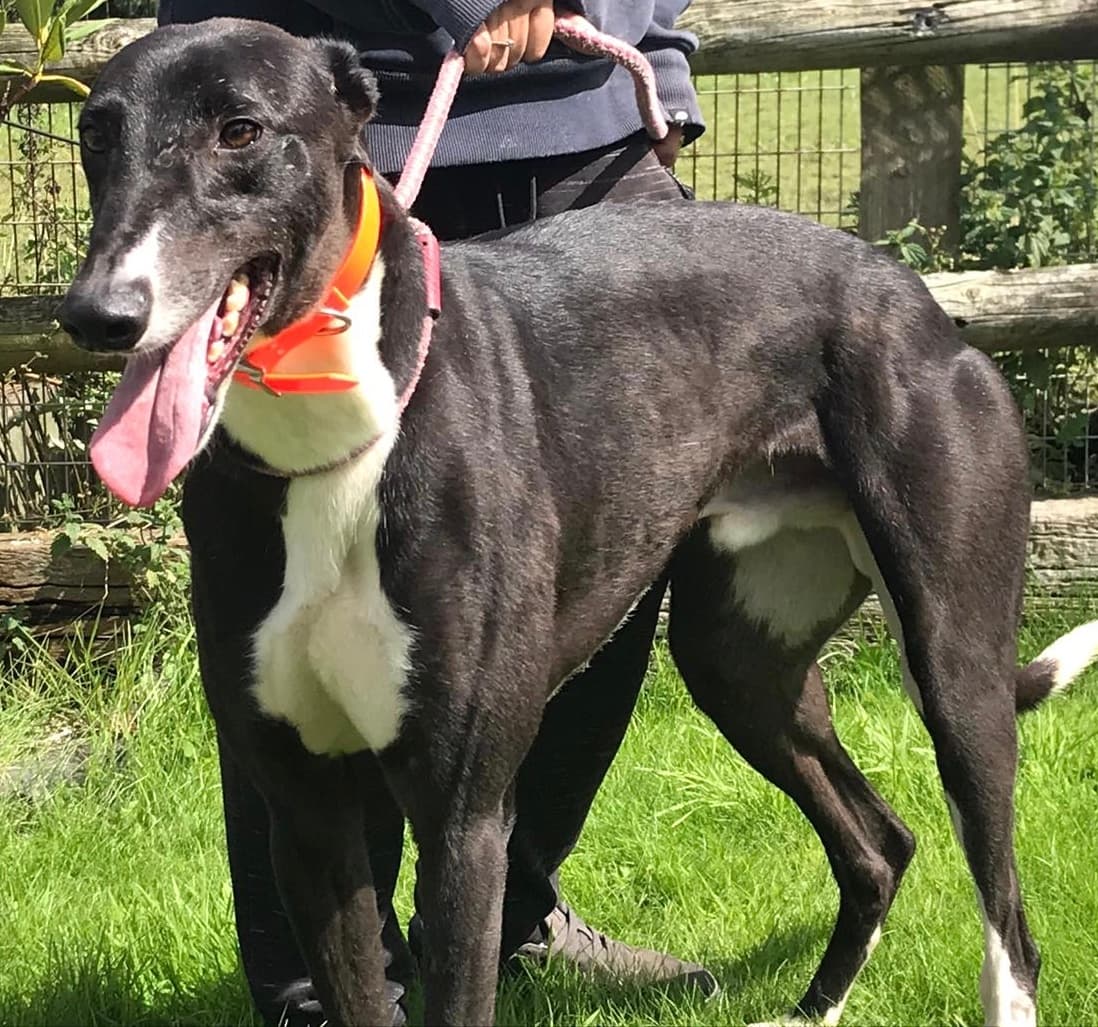 Dog of the Year

Dog of the Year

Trained by: B Thompson

Owned by: Mr J. B Thompson

Jazzers Man won a number of top grade races
and become very difficult to grade. One of the
fastest graded runners last year. 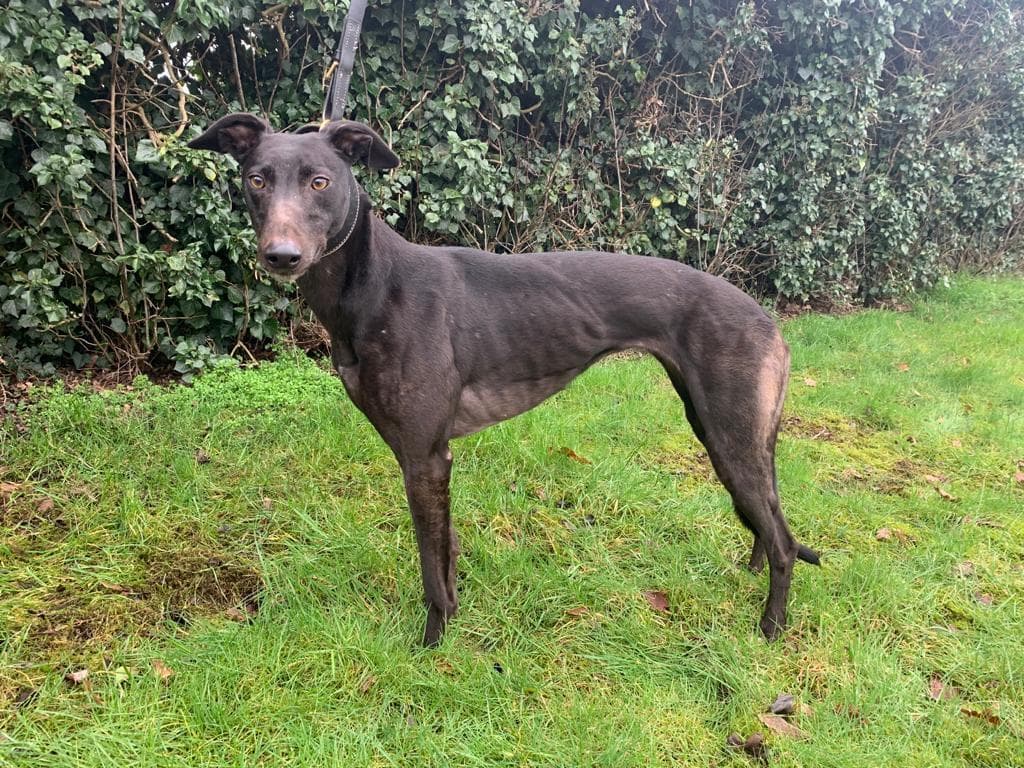 Bitch of the year

Bitch of the Year

Races at Monmore 22- Wins- 9
This Black Bitch, a January 2018. Known in the
kennel as “Baby “and unlucky as an 18 month old
pup on debut in A6 taking a bump where she
finished 3rd in a time 29.24. Thereafter quickly
learning she has reached her top grade to date of
A2. The kennel quickly learning her strengths in
style of running and therefore was switched to
630 metres winning at first time of asking at the
trip in S2. Successful graded racing was further
achieved by 3 timer through March, in fact she
was unlucky not to achieve a 4 timer, but this
bitch has versatility in abundance and a will to win
which she did in winning these events at S1 S2
and switching back to A3. Since then she has
been mixing it with some of the best graded
stayers at the track such as Droopys Owl ,
Greenhill Jack and Rage Storm to name but a
few. Her figures are impressive 9 wins out of 22
races and successful at 480 and 630